This tutorial goes through the process of building Elixir and Phoenix apps within an Umbrella project, releasing it with Distillery and containerizing it with Docker, ready for deploying in production. There's an accompanying repository for this tutorial, but you'll find commits related to each part linked in the article whenever it's relevant.

From a common pattern when building Erlang applications, came umbrella. Umbrella projects are a way to break apart different parts of a project into smaller isolated applications. This was implemented into Mix (Elixir's build tool for creating, compiling and testing applications and managing its dependencies) in Elixir 0.9.0.

When you create a new project in Elixir using mix, you can pass the --umbrella parameter to implement this pattern. The command itself is pretty self-explanatory:

Adding Phoenix to the mix

Phoenix is a web development framework written in Elixir. This post assumes you've already installed Phoenix and its dependencies. To create the app, we'll do it inside paraguas/apps. We won't use Ecto (database wrapper) for this example, so we can skip the database setup and focus on the build process:

We can now run the web app from the umbrella project root:

We're going to add basic_auth to the web app for ExtraSecurity™ and to have more environment variables to use as an example. We start by adding the dependency in paraguas/apps/phoenix_app/mix.exs:

To configure basic_auth, we'll add the corresponding configuration in the dev.exs, test.exs and prod.exs files. We'll set simple credentials for the development and test environments and will load proper credentials from environment variables in production. Remember to fix your default Phoenix test to use authentication.

I used this same configuration ☝ for text.exs.

Apps interacting under the umbrella

Now, let's create another app to interact with our web app so we can take advantage of umbrella. Again, we're building a very simple app so we can focus on build details further ahead.

We're just going to write a hello/1 method in our greeter, to greet a given name:

Our web app is going to use this code to greet people. So we need to add it as a dependency in the Phoenix app. Since we're using umbrella, this is rather simple:

After tying it all together, I created a Phoenix channel for JavaScript to interact with our Greeter app through Phoenix:

Now that we have a couple of "functional" Elixir apps in an umbrella project, it's time to work on the release.

Distillery is a release management tool for Elixir projects. It produces a release from our mix projects which can be deployed independently of dependencies and Erlang/Elixir installations. We add distillery as a dependency in our Umbrella app:

Then run mix deps.get and mix release.init. This adds a rel directory with a config.exs file. You should check this file and run mix help release.init to learn more about it. Find out more in distillery's Getting Started guide.

We're now ready to build a release with mix release:

The release was built and we can run it with any of the last three commands printed out to the console. So let's try that:

Nothing seems to be happening. If we check the processes in our system, we can see Erlang is running, but we can't see the application in our browser. We still need to configure Phoenix with distillery.

First we need to edit paraguas/apps/phoenix_app/config/prod.exs and add the server, root and version options:

Following the distillery guide for Phoenix, we need to build the release, which requires the static assets to be built. In paraguas/apps/phoenix_app/assets run:

In the project root:

Now you can run the production build:

However, this will trigger the following error:

So far we have two Elixir apps in an umbrella project and a distillery release which builds. We can run the app in development with mix phx.server and run the tests with mix test from the root app. But there's still some more set up we need to work on to get it working for production.

If you look at the config/prod.exs file in our Phoenix App, there's a PORT variable which we're not setting anywhere. We also need to set the authentication variables values for basic_auth.

We could use prod.secret.exs, but it's not practical for the approach we want to use. Since we're going to deploy our app in a Docker container, we want to be able to change the variables without having to rebuild. And we can even start several Docker container with different variables so these have to be passed at runtime.

We can pass environment variables into our release with the following command:

The :system tuple is supported, which mean System.get_env will be called to get the values at runtime. So we now have a production release with environment variables at runtime.

Check our blog post about Docker if you need help getting started.

The final step for this tutorial is to dockerize the project so it's available for deploy in Amazon Web Services, OpenShift, Kubernetes or any other container deployment platform.

The first part of our Dockerfile looks like this then:

It's pretty self-explanatory and we're basically doing the same stuff we went through before in our machines. Now for the release part:

We can now build these containers with:

If everything went well, we now have a working image:

Finally, our code is available to run in a container. Remember we need to pass in the environment variables to our distillery release. So either source them from an .env file, or pass them as parameters to the docker run command:

Using the configuration we saw here, only strings are supported. What if we need a variable to be a number? Phoenix can take a String as the port number, but if our app depended on a simple Plug running in Cowboy, or if we needed to set a database connection pool size? There's a solution for that: Distillery's vm.args.

To test integer types through environment variables, I added a numeric variable as an example, and it is displayed in the Phoenix app frontend. I really didn't want to complicate things further with a database connection pool 😬.

We need to use ${VAR} instead of {:system, VAR} and set REPLACE_OS_VARS=true so we can use these environment variables for configuration. I'm calling this variable sombrilla, and the first step is adding it to the prod.exs` file:

We'll add vm.args in the rel directory and set it in rel/config.exs:

I then wrote some code in the controller and template to display the value and show that it is in fact an integer. To see this, we just need to build the release one more time, and add the environment variable when we run it:

And this is what the app looks like in our browser: 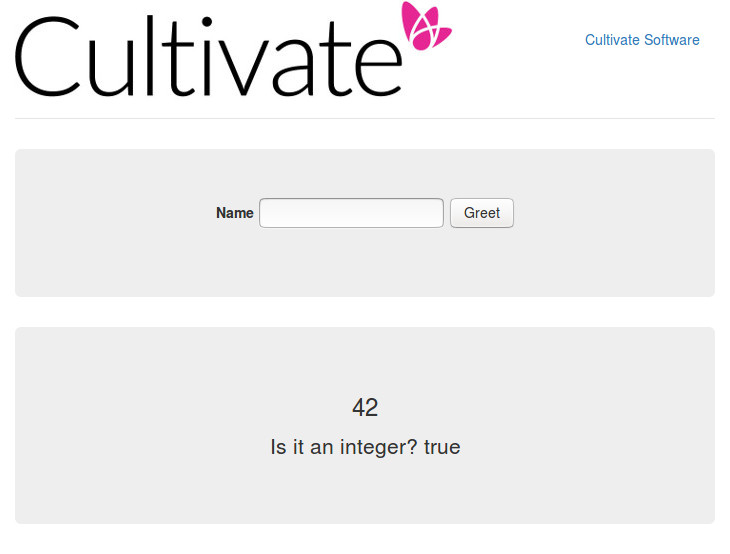 You can check the final source code in cultivateHQ/paraguas. And If you have any feedback or questions about this post, tweet at us @cultivatehq.