I gave a talk at ElixirConf 2015 on combining the Phoenix web framework with the Elm programming language. This is the tutorial that was referred to in that talk.

The tutorial walks through the creation of a very basic seat saving application, like one you'd use when booking a flight for example. The application will do just enough to demonstrate the mechanisms for getting the two technologies talking to each other.

There is an accompanying repo for this tutorial. Each of the numbered steps has an associated commit so that you can just look at the diffs if you'd rather not read through the whole thing.

PLEASE NOTE: Since this post was written I've re-written the previous posts to use Elm 0.16.0. So, if you're currently on Elm version 0.16.0 you can safely ignore this post and continue on to part 11.

OK, so I know that I promised that I'd be looking at Phoenix Channels in this post, and don't worry, that post is coming soon. However a shiny new version of Elm was just released, and so we should upgrade for all of the goodness that it brings. Please do check out the blog post announcing the release, it is a thing of beauty in itself. :)

Before we start, let's rewind our efforts from the last post. We don't need most of the code that we added and it could serve to confuse things. We can re-add what we do need when we need it. If you created a branch in your own version of the project then you can just dump it, or do whatever you need to do to get back to the pre-HTTP state. If you can't do that, then checking out the pre-http branch of the SeatSaver repo should get you to where you need to be.

Getting the latest elm platform

Easiest way I've found to do this is through brew cask, but if you're not on a Mac, or you are but you don't use Homebrew, then follow the instructions on the Elm site instead.

I ran into an issue where it wouldn't install the first time I ran this. But removing the existing elm binaries from /usr/local/bin and then re-running it did the trick.

You can check that you now have the correct version of elm by running elm repl. Type :exit to exit the repl. 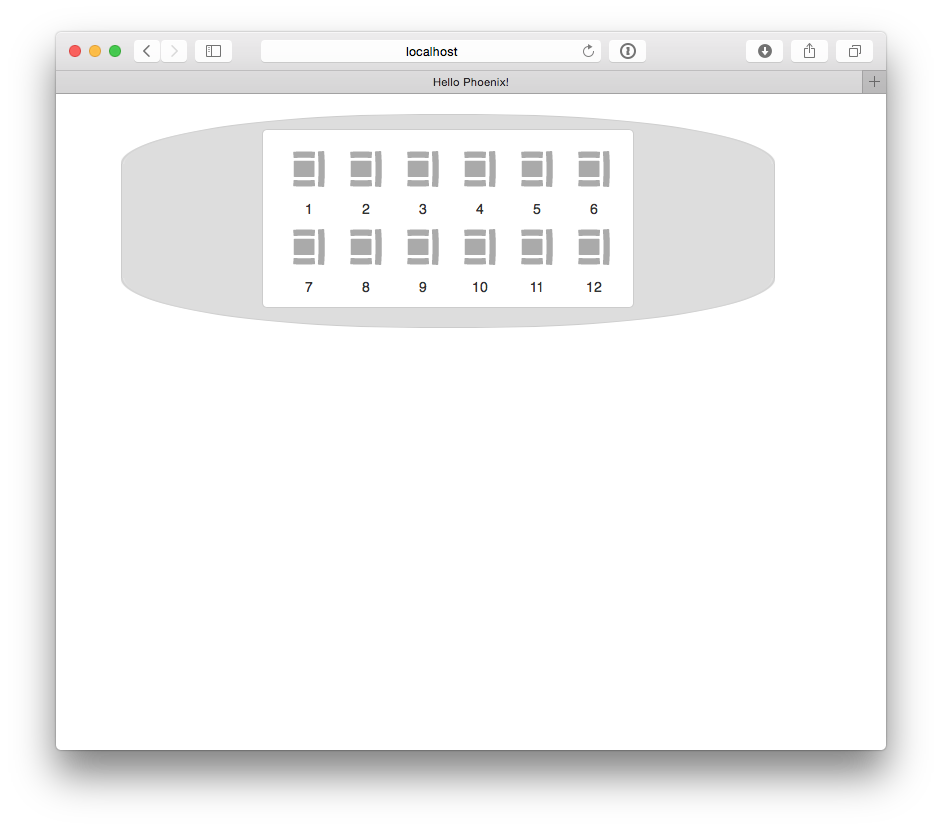 Now we're all up-to-date. We'll start to use Phoenix's Channels to get our data (as previously promised) in part 11.